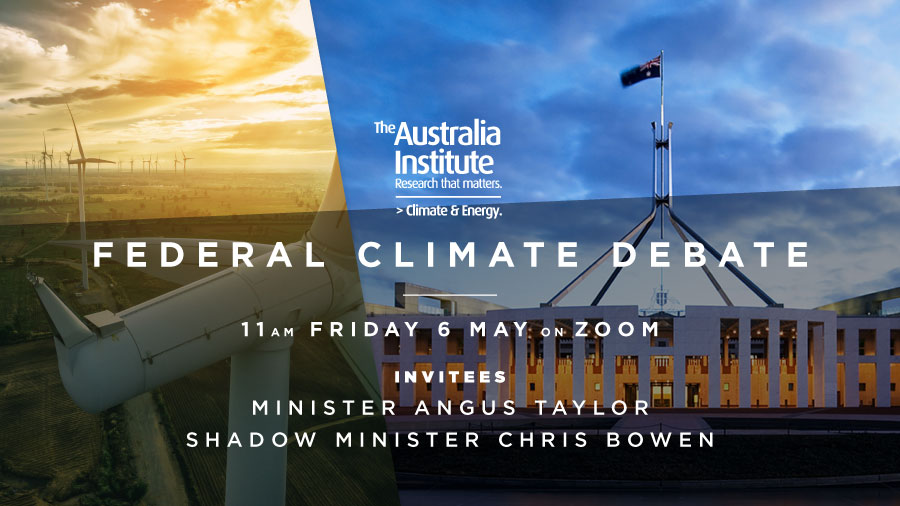 The ABC revealed that climate change is the most important issue for voters this election, according to its Vote Compass survey. Yet, while we have seen some big claims in the climate space, what we are lacking are real solutions and real action.

It was just weeks ago that Queensland and NSW were hit with some of the worst floods in recorded history. And Australia’s black summer bushfire communities are still yet to recover.

In fact, the Australia Institute’s Climate of the Nation report finds that 82% of Australians are concerned climate change will result in more floods, fires and drought. 69 % think that Australia should set targets and implement action in line with the Paris Agreement.

We need to discuss real action on climate change. What we need is a Federal Climate Ministers debate.

The National Press Club has debates with the ministers and shadow ministers responsible for agriculture, defence, Regional Australia and the economy.

However, while climate change will have serious ramifications for agriculture, defence, Regional Australia and the economy, the current and the prospective federal ministers responsible for action on climate change are missing from the line-up.

If what is missing is the platform, then the Australia Institute would like to fill the void.

According to ABC’s Vote Compass, climate change is the most important issue for voters this election. Furthermore, Australia Institute research finds that 75% of Australians are concerned about climate change.

We request that you participate in a federal climate debate.

If what is missing is the platform, the Australia Institute invites you to an online debate webinar 11am AEST Friday 6 May.

We call on you to attend.