60 of Australia’s leading scientists and experts have signed an open letter calling for NT Chief Minister Michael Gunner to honour his commitment to fully offset all NT fracking emissions.

Shale gas in the NT is a massive carbon bomb.

Chief Minister Gunner committed to no net increase in Australia’s greenhouse gas emissions from fracking in the NT.

But now Chief Minister Gunner walking away from his committment.

The impacts of climate change are escalating, leading to more frequent and extreme disasters across Australia and the world. The NT is particularly susceptible. In Darwin the number of days over 35°C is expected to increase from 11 days per year currently to up to 308 days in 2070 if emissions are not reduced quickly. Climate change is also increasing the frequency and severity of fires, floods and other extreme weather events. Sea-level rise is accelerating, and sea levels along the NT coast are rising faster than the global average.

Add your name today and urge the Chief Minister honour his promise. 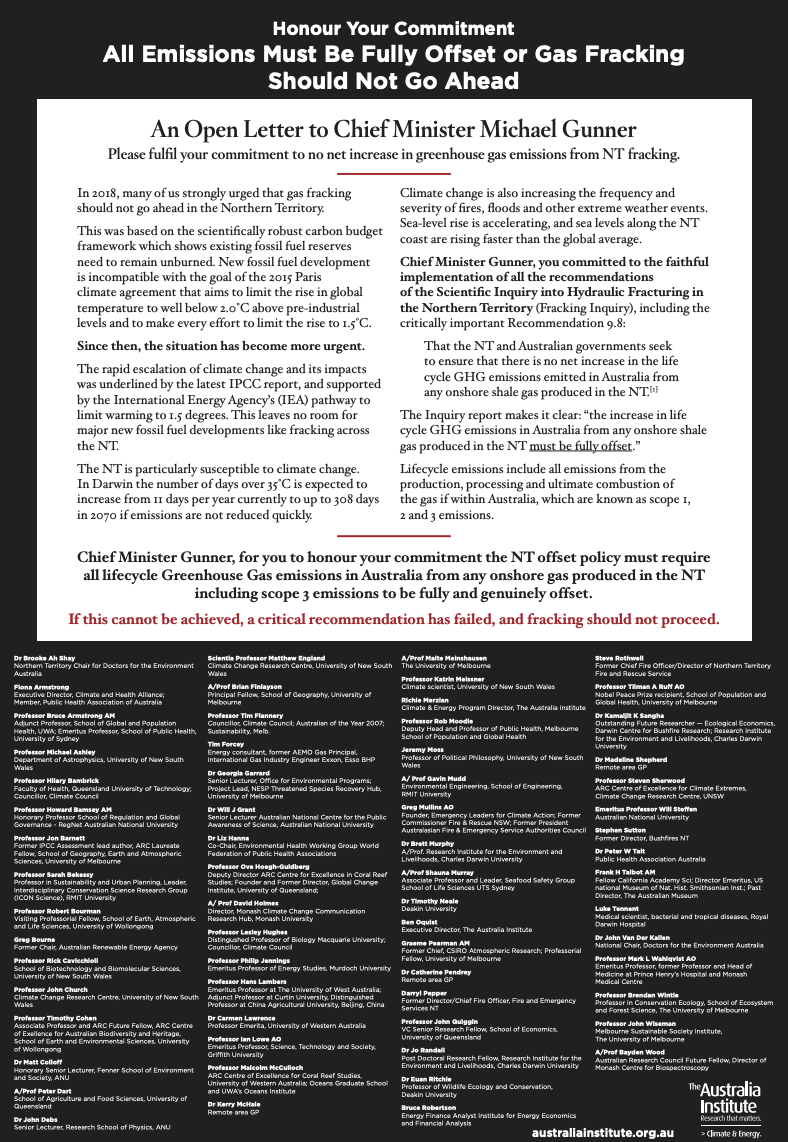 You committed to the faithful implementation of all the recommendations of the Scientific Inquiry into Hydraulic Fracturing in the Northern Territory, including ensuring that there is no net increase in the life cycle GHG emissions emitted in Australia from any onshore shale gas produced in the NT.

We, the undersigned, request that you honour your commitment to no net increase in greenhouse gas emissions from onshore shale gas fracking in the NT.

If you cannot honour this committment, fracking should cease.