Investigative journalist Clare Rewcastle Brown wanted logging in Sarawak to stop. The Malaysian Prime Minister wanted her jailed. Now he is in jail. 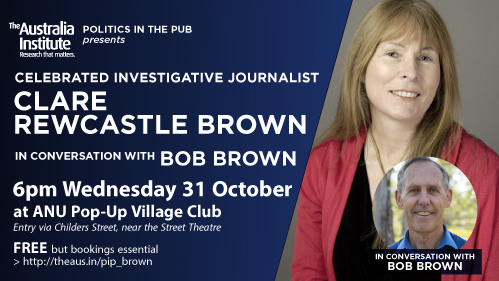 Clare Rewcastle Brown is a British investigative journalist and founder/editor of the Sarawak Report and Radio Free Sarawak, which came to prominence for challenging wide-scale political corruption in Malaysia and the resulting impacts on civil and indigenous rights as well as on the environment.

Her investigations resulted in the exposure of the 1MDB Development Fund scandal, which revealed alleged grand kleptocracy by the Malaysian Prime Minister; rocked the global financial community and helped put the off-shore finance industry on the run .

Fortune Magazine named Clare one of the World’s 50 Most Influential Figures in 2016; she was named one of Britain’s Women of the Year 2016. In 2018 she received the Guardian Award by the Association of Certified Fraud Examiners and was named one of the most influential Londoners by the Evening Standard. In 2013 she received the International Press Institute’s Pioneer of Media Freedom Award; in 2014 she received Queensland University’s Communication for Social Change Award and she was winner of the One World Media Special Award from CNN in 2015. Malaysia issued a warrant for her arrest and requested INTERPOL place her on its international Red Notice list in 2015, however, INTERPOL rejected the request and following the defeat of Najib in the May 9th 2018 election Malaysia rescinded the warrant.

Bob Brown worked as a doctor before becoming the face of the campaign to save the Franklin River in 1982. He was elected to the Tasmanian state parliament in 1983 and during his tenure most notably advocated for gun law reform, gay law reform and achieved the expansion of the Tasmanian Wilderness World Heritage Area. In 1996 Bob was elected to the Senate, where he led the national debate for 16 years on issues including climate change, democracy, preventative healthcare, conservation, and human rights.

Bob resigned from the Senate in June 2012 to establish the Bob Brown Foundation, a not for profit organisation dedicated to supporting action campaigns for the environment in Australia and our region. He is a published author and acclaimed photographer.