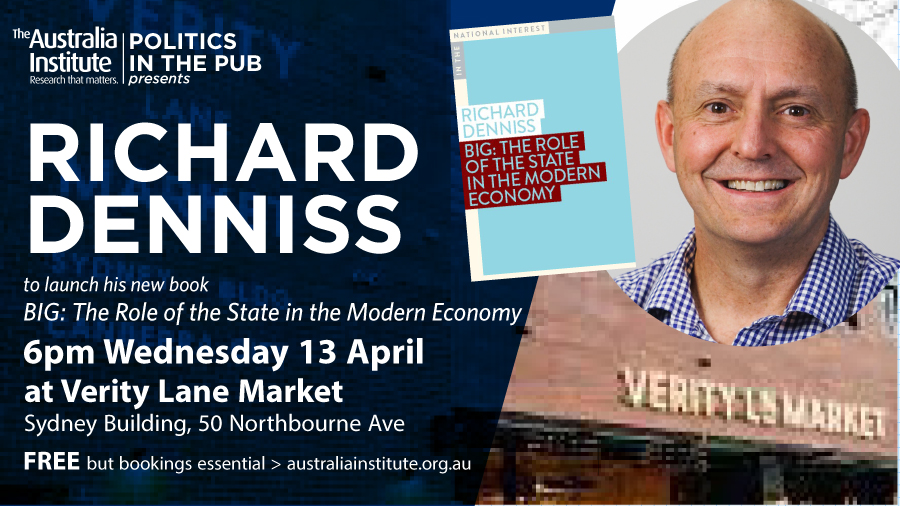 Politics in the Pub

BOOK LAUNCH: 'BIG: The Role of the State in the Modern Economy'

For decades Australians have been told that the less government spends, the better their lives will be. In his new book Big: The Role of the State in the Modern Economy Richard Denniss shows we must abandon decades of denial that the public sector can play a bigger and better role in improving our lives.

Richard Denniss
Author of 'Big: The Role of the State in the Modern Economy'
Chief economist and former Executive Director of the Australia Institute, Richard is a prominent economist, author and public policy commentator, and a former Assoc Professor in the Crawford School of Public Policy at ANU. He is the author of several books including: Econobabble, Curing Affluenza, and Dead Right: How Neoliberalism Ate Itself and What Comes Next?

Accessibility:
Verity Lane market is wheelchair accessible, with lift access to Level 1 where the event is being held.