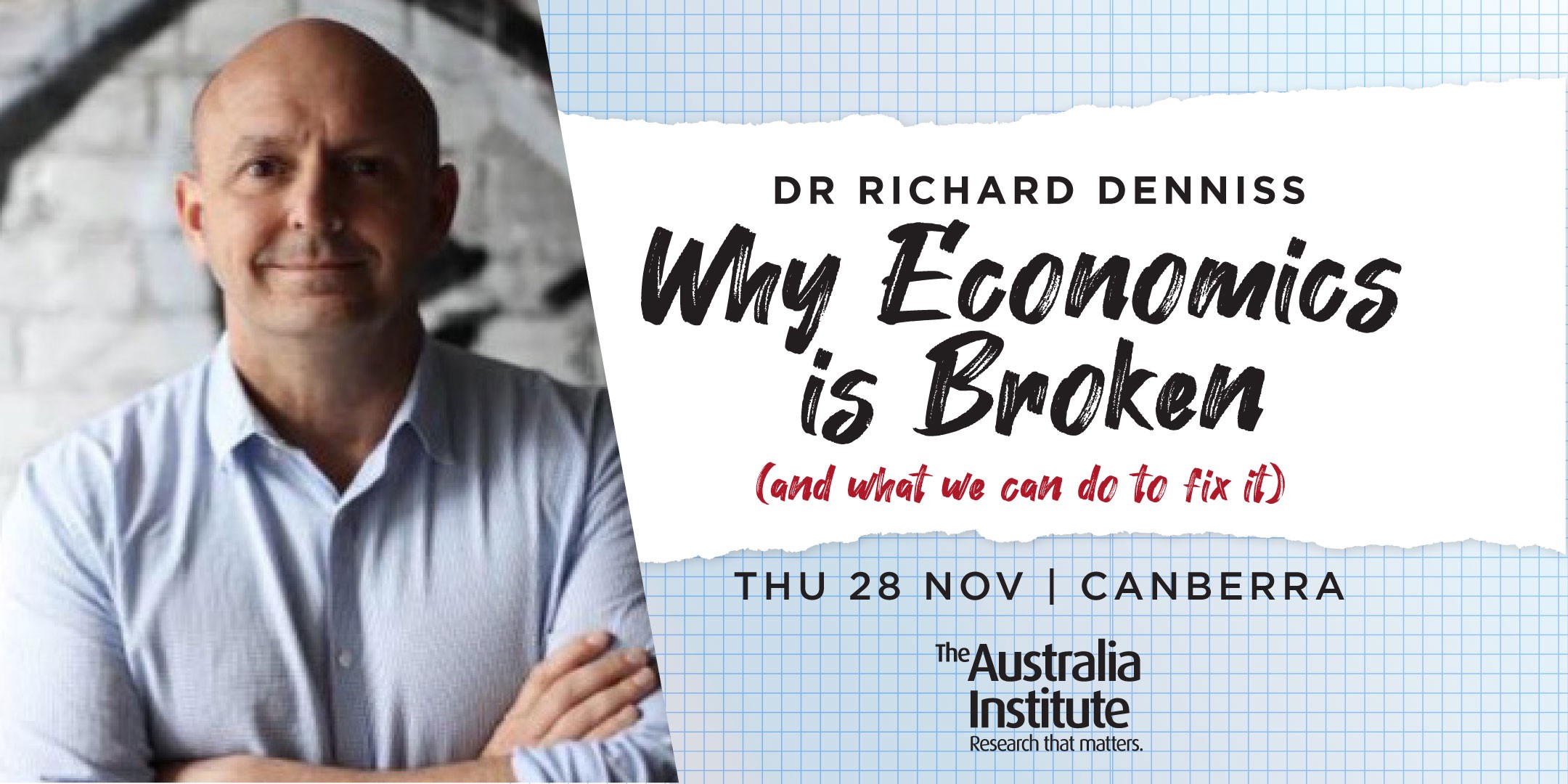 Richard Denniss, author and chief economist at The Australia Institute on how politics broke economics and what we can do to fix it.

Modern politics rewards simple stories told with complete confidence, yet modern economists are more accepting of complexity, vagary and ambiguity than ever before.

Internationally, the IMF says we need a carbon tax, the World Bank is worried about the economic costs of rising inequality and the US Republicans are trumpeting the benefits of the biggest budget deficits in history. Here is Australia, the Coalition, the business community and powerful voices in the media continue to assert that helping the poor will hurt the economy, reducing pollution will reduces economic growth and cutting budget deficits will cause economic growth.

While the last election shows that simple stories beat complex policy, in his national speaking tour, Dr Richard Denniss will debunk the myths about the concept of 'economic management' in Australia and explain what modern economics is really telling us about how to build better communities.

The Australia Institute is one of the country's leading independent think tanks and chief economist Dr Richard Denniss is one of Australia's most prominent public intellectuals, the author of of multiple books including Econobabble and Curing Affluenza, and co-author of Affluenza.